City Council to squander yet another piece of Troy history?

Homepage•Blog•Uncategorized•City Council to squander yet another piece of Troy history? 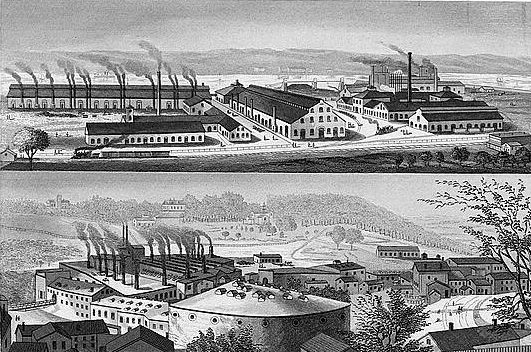 From the southern-most part to the northern-most part of the City of Troy — the Troy City Council is pursuing plans that threaten to destroy some of the most significant parts of our City’s history.
Yet another historic site — one of the most vital in our city’s industrial history — is under threat — this time in South Troy. The reason: to build an industrial road. This comes at a time as efforts to save one of the region’s most significant, National Register eligible pre-contact sites is also threatened to be forever lost to a construction project.
At last week’s City Council meeting Michael Barrett, Director of Hudson Mohawk Industrial Gateway, put it this way: “That property contains one of what I consider to be the most historically vital buildings in our industrial history”

See his statement on the historical significance of the building made at the last City Council meeting (start listening at 23:00):

https://www.youtube.com/watch?v=EDCHj6yQOxQ
The building in question is the 1861 Henry Burden built horseshoe steam-powered factory. Betwen 1861 and 1865 an estimated 70% of the horeshoes used by the union army were made.
As part of the proposed construction of the Industrial Road in South Troy, a deal is in the works to swap the land owned by R.J. Valente that part of the road would impact and give them one of the most HISTORIC Iron Works-related properties of the city for their trucks and operations instead — the Sperry Buildings.
While this building is in significantly deteriorated state and requires some significant work including remediation, its historic significance — and potential for reinvestment — cannot be understated.
Its current state is a reflection of a long history of disregard for historically significance property to let fall apart (as long as that history is not downtown Troy).
However, the current City Council is not at fault for the current state of the building. This presents the council with a difficult decision: Can the historic site be saved, at least in parts? Or is it too far gone — and why did the property fall in such disrepair?
In regards to our own advocacy to save the forest at 1011 it also raises the question:
How come that a land swap is possible for constructing an Industrial Road, likely causing the demolition of a historic building, pursuing a similar solution — e.g. offering city-owned land (such as the Leonard Hospital site) to save the historic land at 1011 2nd Avenue — is not possible?
Yet, we hear some on the Troy City Council says there is nothing they can do to save the private land that is the Sacred Forest.

Our Questions About the Historical Burden Horseshoe Factory in South Troy